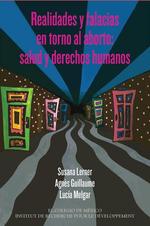 (Translated from Spanish):  Since the late 20th century, abortion has been the subject of intense debate in the fields of politics, human rights, and public health. Because it involves sensitive and controversial issues related to the “right to life”, and the dignity, equality, justice, and rights of women to make free and informed decisions on when and whether to be a mother, the debate on abortion and its decriminalization requires more reflection. However, there is often a controversial confluence of ideological, religious, moral, ethical, and legal positions, as well as conflicting political interests. The latter have already imposed restrictive laws that threaten the sexual and reproductive rights of women in contrast to the principles of secular and democratic society.

Following the 2007 adoption of the decriminalization of abortion in Mexico City, and the subsequent activities and advocacy against it, the Supreme Court of Mexico was convened in 2008 for public hearings at which arguments were advanced for and against reform. In order to contribute to a rigorous and informed reflection on this complex issue, this book analyzes these arguments from the perspective of the right to health and human rights, in the context of population policy in Mexico and scientific evidence about the impact of legal frameworks for the health and welfare of women (globally). From this « historic debate », the authors expose the fallacies that seek to limit sexual and reproductive rights of girls and women, and the impact this issue has had on the actions of politicians, legislators, and health personnel who face the realities of abortion in Mexico.